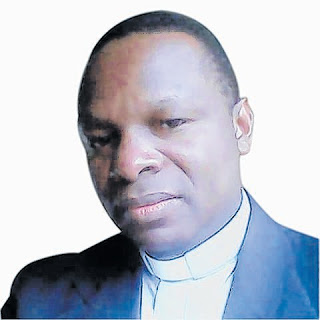 His appointment comes after the Bunda Diocese fell vacant following the appointment  of its former Bishop, Rev. Renatus Nkwande, by Pope Francis, as the Archbishop of Mwanza Archdiocese, on February 11, 2019 and installed on May 12, 2019.

Bishop-elect Masondole, becomes the second bishop to lead Bunda Diocese which was established by Pope Francis in 2010.

Commenting on his appointment, Bishop-elect Masondole said despite receiving the news with great surprise, he thanked God for the call of being a Christian, priest and bishop.

He stated that he received the appointment with humbleness and accepted the call with humility.

“I work at St. Carol Lwanga Major Seminary Segerea in Dar es Salaam as one of the lecturers.

“I was shocked… it was seven o’clock in the afternoon at Segerea Seminary where I teach and at that time my fellow priests and I were getting lunch… When we went out, we found the seminarians cheering saying bishop, bishop, bishop.

“We were standing watching at our seminarians and we started asking each other, ‘maybe it’s you’ … Then we got the official announcement from the Nuncio through TEC came saying that it was me. I bent down and prayed,” he said.

He added: “I am thankful to God and I believe that this was God’s plan; so it has to be fulfilled. After that the whole seminary community led by the rector of our Seminary of St. Caroline Lwanga Segerea, Father Tobias Ndabhatinya, entered the church to thank God for the great things he has done for us. Our seminarians were very happy and sang a hymn of vocation and the  whole community was very  happy.”

He said he prayed for the graces so that he serves Bunda people with humility and help them to grow their faith.

“My words are, ‘I am the Servant of the Lord be treated as you have said’… I ask the Bunda people to continue living with solidarity and cooperate with me so that we continue the good work established by Archbishop Nkwande may be continued. I pray that my ministry may bring joy to everyone in the Diocese of Bunda and the Church at large,” said Bishop-elect Masondole in an exclusive interview with AMECEA online.

However, in his new role as a spiritual pastor in Bunda Diocese, Bishop-elect Masondole has said he will never forget to thank Archbishop Nkwande who he describes as his father and has tasted his paternal love since Segerea Seminary where he was his teacher.

The appointment of Very Rev. Masondole as Bishop of the Catholic Diocese of Bunda has been warmly received by the Bunda people who described  him as a humble priest, wise, attentive, gentle, loving and devoted to others and that his appointment is a special grace for the diocese.

The Secretary of Bunda Diocese, Father Albert Mung’aho, described Bishop-elect Masondole as hardworking, responsive and willing to use his experience to benefit others.

He said that his appointment was the right choice for the Church in Bunda and the Church of Tanzania.

“We promise cooperation with him to develop the Bunda Diocese. We believe he will continue to be a good pastor,” he said.

He was ordained a  deacon on January 25, 2006 at St. Karoli Lwanga Major Seminary, Segerea, Dar es Salaam and was ordained a priest on July 2, 2006 at Nyamanga Catholic Parish, Ukerewe –Bunda (by then Mwanza Archdiocese).

Later in 2008 he was sent by the Catholic Diocese of Bunda to further his studies in the Liturgy of the Church at the Institute of Liturgy Pastoral Affairs “Santa Giustina”, Padua Catholic Diocese, Italy.

From 2016-2018 Bishop-elect Masondole went for further studies at the Pontifical Institute for the Liturgy, St. Anselm’s University in Rome where he was awarded a Master’s Degree in Church Liturgy.

Until his appointment as a new Bishop of Bunda Diocese he was a lecturer at Segerea Major Seminary.