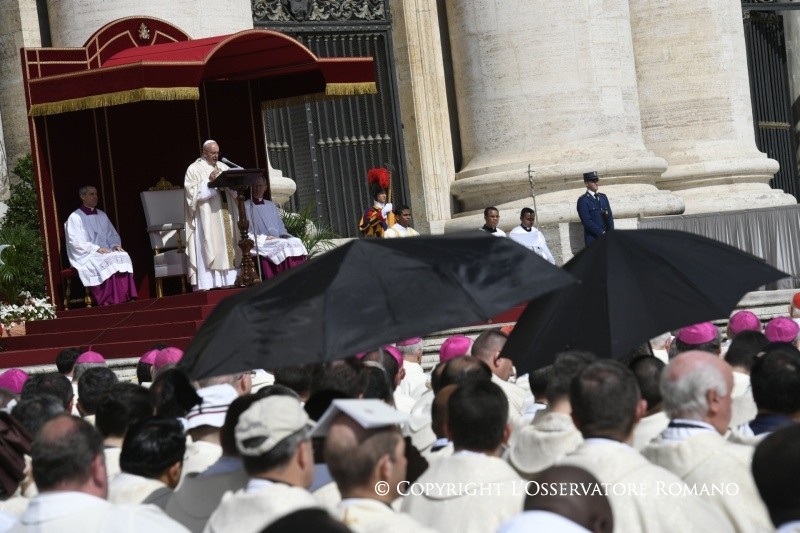 Sharing in the father’s joy

In his homily, the Pope focused on the older brother in the parable of the Prodigal Son. The father in the parable, who welcomed back the prodigal, also went out to seek his other son, who was upset at the welcome his brother received.
The story of the prodigal son shows us something of the mystery of human relations, Pope Francis said, both in the celebration for the son who was lost, but also in the feeling of betrayal and indignation on the part of his brother. On the threshold of that home, the Pope said, we see our own divisions and strife. But, he continued, we also see in all its radiant clarity, with no ifs and buts, the fathers desire that all his sons and daughters should share in his joy

Contemplating the heart of our Father

Pope Francis said that, with this parable, Jesus invites us to stop and contemplate the heart of our Father. Only from this perspective, he said, can we acknowledge once more that we are brothers and sisters.

Concluding his homily, Pope Francis noted that Jesus leaves the story of the prodigal son open-ended we don’t know if the older son went in to the celebration for his brother. We can imagine, the Pope said, that this open ending is meant to be written by each individual and every community. We can complete it by the way we live, the way we regard others, and how we treat our neighbor.

Finally, Pope Francis encouraged everyone to continue to let the culture of mercy grow, a culture in which no one looks at others with indifference, or averts his eyes in the face of their sufferingª Continue to be a sign of the Fathers loving embrace.