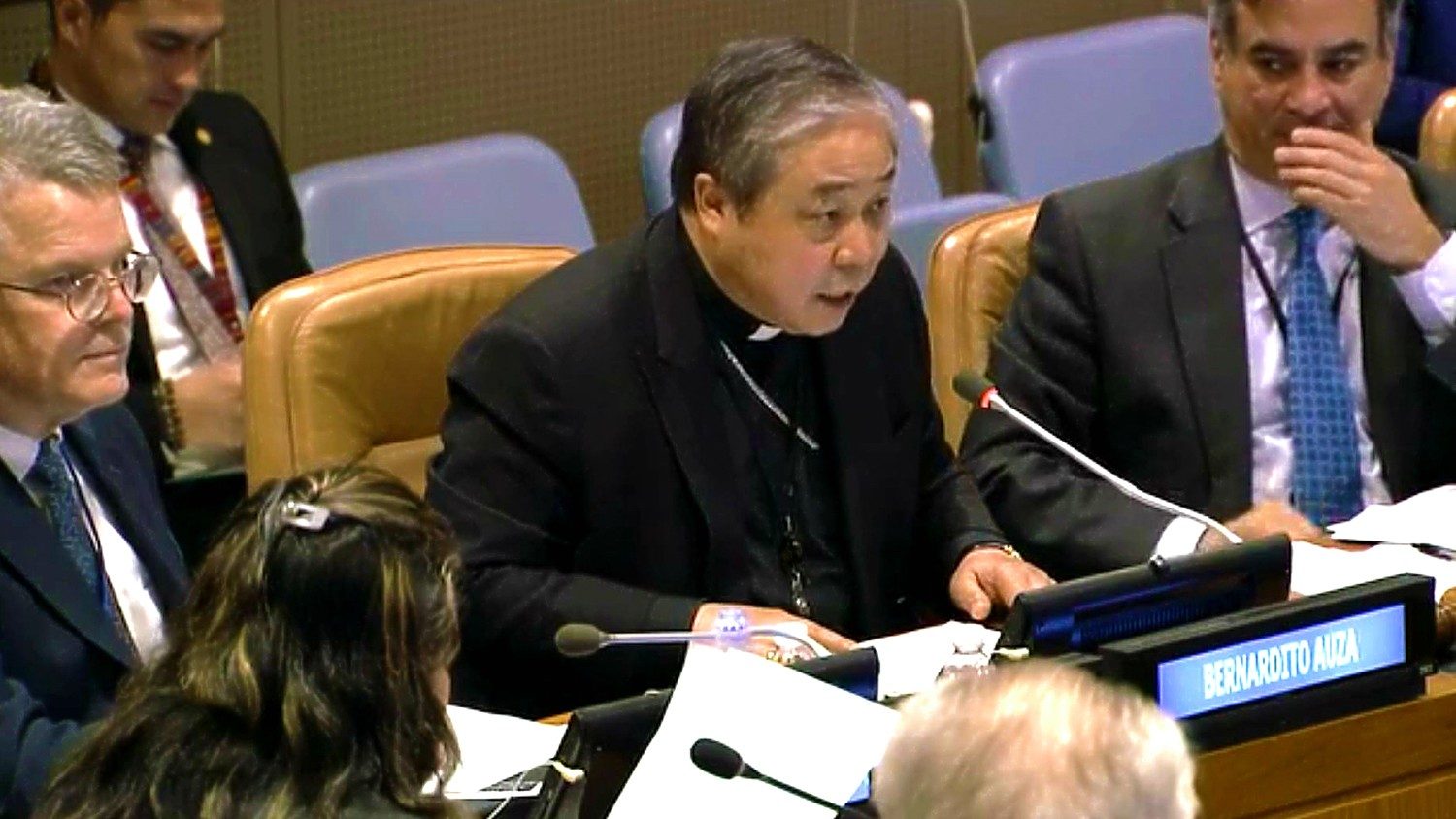 Archbishop Bernardito Auza, the Holy See’s Permanent Observer to the United Nations in New York, on Jan. 22 addressed a Security Council debate on the situation in the Middle East and the Palestinian question.

The Holy See on Tuesday reiterated its appeal to Israeli and Palestinian authorities to resume dialogue for peace in the region and respond to the legitimate aspirations of both the people by ensuring the coexistence of two states.

Archbishop Bernardito Auza, the Holy See’s Permanent Observer to the United Nations in New York, made the call on Tuesday at a Security Council debate on the situation in the Middle East and the Palestinian question.

He lamented that the tenuous existence of the fragile peace in the region is being constantly threatened by harmful rhetoric, provocations and attacks, violations of human rights and unilateral actions hampering efforts toward resolution, bringing untold suffering and causing the death of innocent, defenseless civilians.

Archbishop Auza thus fervently appealed to both Israeli and Palestinian authorities ÔÇ£to resume dialogue and undertake a journey of peace that can put an end to a conflict that, for over seventy years, has rent the land.

He said the region is not only home to the two peoples, but also of great historical and cultural importance for the whole world and spiritual home for the three monotheistic religions of Judaism, Christianity and Islam.

The Holy See diplomat said it is essential that politicians use their authority in a responsible manner and overcome disputes by engaging in an open and honest dialogue to secure genuine and lasting peace, rather than simply maintaining an illusory peace that is in essence only a balance between power and fear.

Works Agency for Palestine Refugees in the Near East (UNRWA).

Assistance to those most in need must always go before political considerations, and aid to Palestine refugees must be allowed to continue unimpeded as long as the situation remains unresolved, Arch. Auza added.