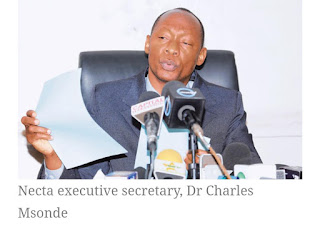 When releasing the results to schools owned and operated by the Catholic Church in the country, the Head of Education Department at Tanzania Episcopal Conference (TEC) Rev. Alphonce Raraiya congratulated all the schools with outstanding performance.
He has insisted on integral formation in Catholic schools to ensure that the education received as well as the good performance is reflected in the integral life of the child who has gone through those schools.
ÔÇ£The life of those students must reflect discipline and good conducts. Academic only without discipline may not help to a child - they need integral formation. Catholic schools should be at the forefront of providing students with a good upbringing, the values ÔÇïÔÇïand ethics of the Catholic Church and learning handicrafts,ÔÇØ explained Father Raraiya.

Bishop Rwoma Wants The Church To Be Close To Youth, Encouraging Them To Meet Their Dreams